This dainty dish is waiting for you at 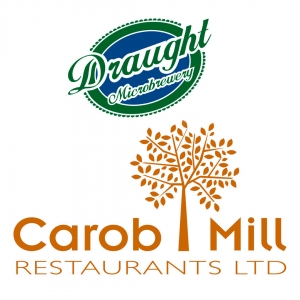 Allow to boil for 30 minutes at low temperature in the casserole. Then remove the pork cotsi from the broth and separate the vegetables from the meat and allow it to cool down. Take the vacuum plastic bags and place the cotsi (one by one) with the vegetables and add Star anise, oregano, salt and pepper. Seal the bags and put them in the vacuum machine. Cook in 65° C in sous-vide* for 18 hours. You can serve directly or you can cool this down and serve at a later stage. If you would like to serve at a later stage, allow the plastic bags to cook down using ice and cold water and place in the fridge. To revert, place the bags in a casserole with hot water (70-80° C) for approximately 10-12 minutes and then finish the dish in the oven for 7 minutes.

For the sauce: Take the remaining broth after cooking the Cotsi with commandaria wine and we prepare the sauce with Rue (combination of Flour & Butter) or corn flour.  Add salt, pepper and ‘grape must’ to taste.

* Sous-vide is a method of cooking in which food is sealed in airtight plastic bags then placed in a water bath or in a temperature-controlled steam environment for longer than normal cooking times at an accurately regulated temperature much lower than normally used for cooking, typically around 55 °C (131 °F) to 60 °C (140 °F) for meat and higher for vegetables. The intent is to cook the item evenly, ensuring that the inside is properly cooked without overcooking the outside, and retain moisture.

MINTHS RESTAURANT IS OPEN AND EXCITED TO WELCOME YOU BACK