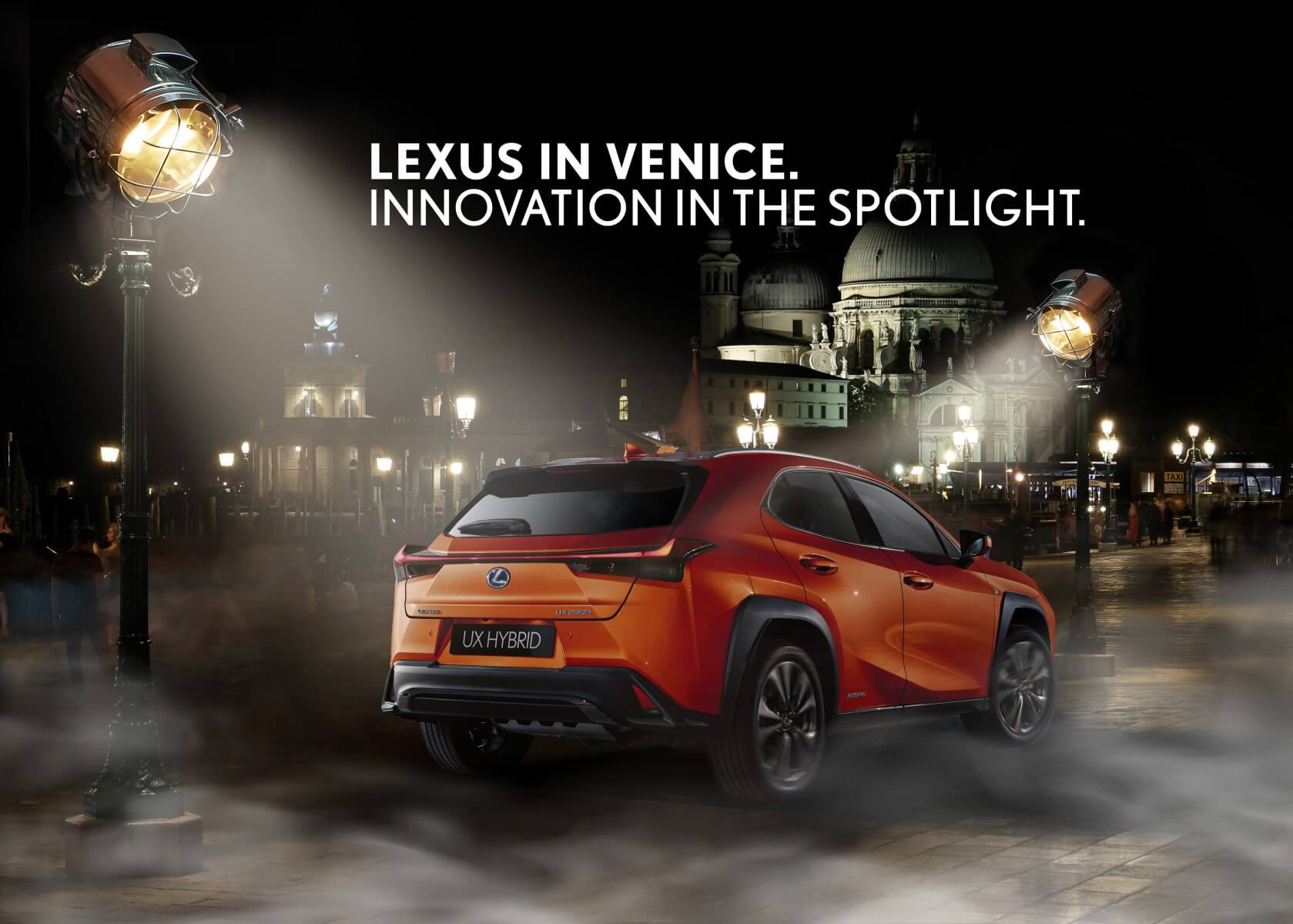 For the third consecutive year Lexus is a Sponsor of the 76th Venice International Film Festival – La Biennale di Venezia, which will take place at the Lido from August 28th to September 7th, 2019, with the Argentine director Lucrecia Martel, president of the International Jury of the Competition.

Production excellence, maximum attention to detail, superior quality, perfect symbiosis between craftsmanship and innovative technologies are some of the values uniting the world of Lexus with the world of cinema awarded at Venice.

The new Lexus UX Hybrid, the first full hybrid electric compact SUV in the premium C SUV segment, will be the star of the show, alongside flagship Lexus LS, Lexus ES Hybrid and Lexus SUV RX.

As the Official Car of the event, throughout the Film Festival week, Lexus will have the privilege of driving actors, directors, and other well-known faces of cinema to the red carpet with 35 cars, all equipped with Full Hybrid Electric Technology.

“For the third consecutive year, Lexus is a sponsor of the Venice Film Festival, the most important Italian film festival and one of the most important in the world – said Fabio Capano, Director of Lexus Division – confirming how the magic of cinema joins Lexus’ ability to amaze and excite, combining levels of craftsmanship, quality and technology at the top of the market. This search fits perfectly with initiatives and events like this one, ensuring and transmitting to our customers an experience with a strong sense of exclusivity, in line with the Lexus “Experience Amazing”.