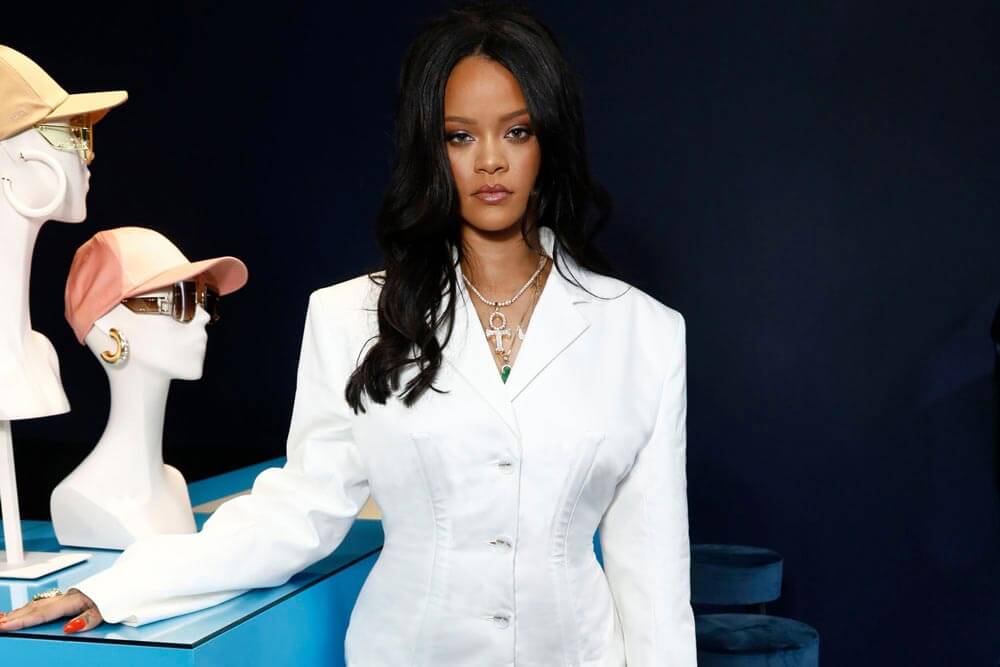 Launching party took place in a well-known boutique in Paris. This event officially became the first time when a black woman founded an original brand with the French luxury conglomerate LVMH, joining such fashion legends as Dior, Louis Vuitton, Fendi and Givenchy under the LVMH umbrella.Well done, Ri-Ri!

Fenty debuts in Paris on May 24 and 5 days later starts off online pairing up with Rihanna’s successful cosmetics brand Fenty Beauty and lingerie label Savage X Fenty, which were launched in 2017 and 2018.

“Women are forces of this earth. We are multifaceted, complex, vulnerable yet bulletproof, and Fenty speaks to all of our intricacies. Some days I want to be submissive, many days I’m completely in charge and most days I feel like being both … so it was imperative that we created a line versatile enough to embrace and celebrate us in that way,” Rihanna said. She also added: “The collections are easily worn together and meant to be staples in our wardrobe. I’m just hyped to see people in my clothes, man.”

THE BEST OF THE BUNCH Pleasure your pout with the soothing, smoothing and plump…