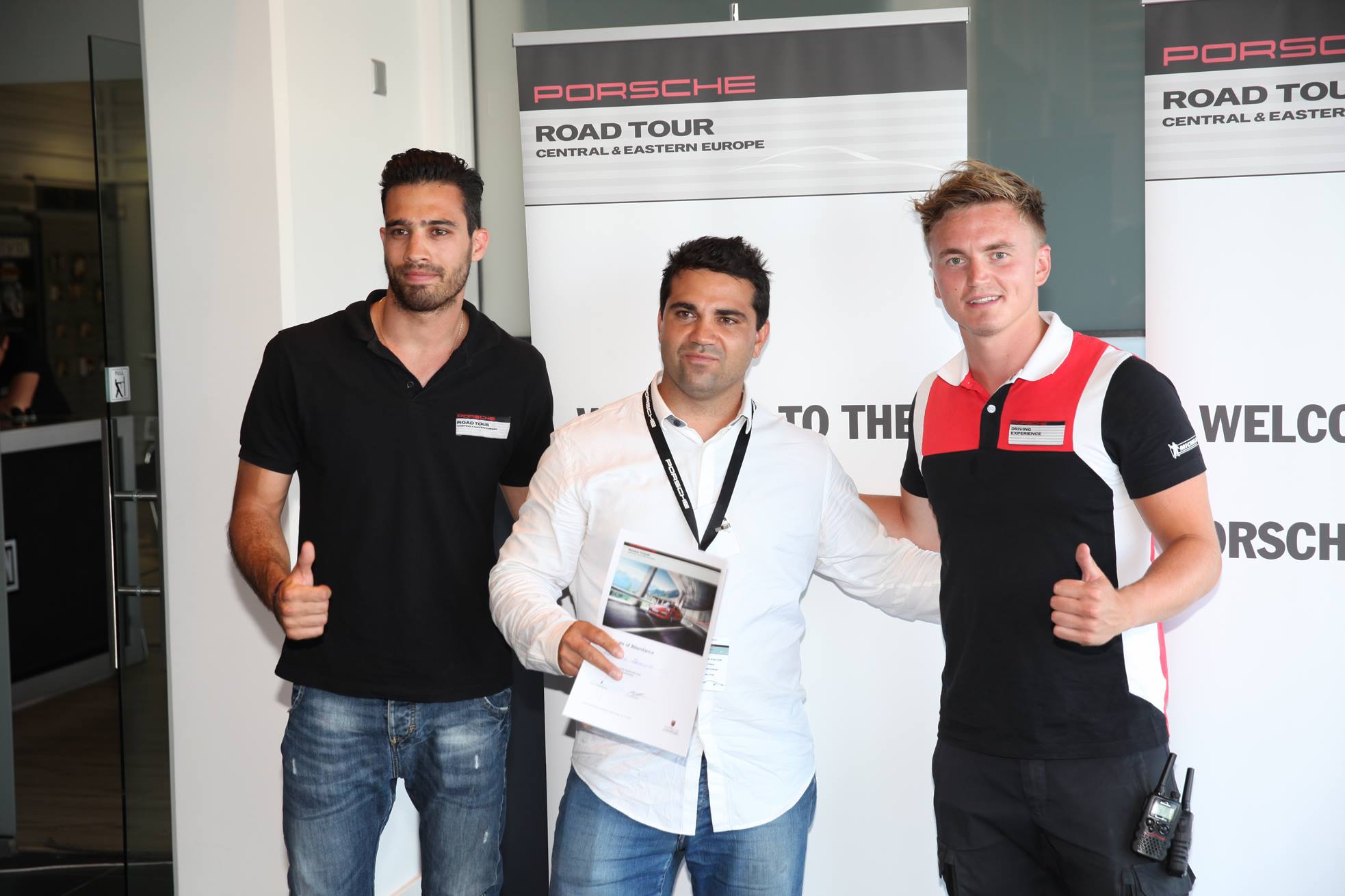 This July I had the pleasure of participating in the Porsche Road Tour, an event organized by A. I. Motokinisi, the official distributor of Porsche in Cyprus in cooperation with the Central and Eastern Europe Division of Porsche

The Porsche team invited media representatives from several of Cyprus biggest media houses for a day of intense driving on the beautiful mountain roads of Cyprus. After an initial briefing by Porsche team race driver Jukka Honkavuori we started the tour that would take us from the Porsche Limassol showroom all the way up to Omodos village and back.

The car line up covered the Porsche Cayenne Turbo S, the Panamera S E-hybrid, and the new 911 Carrera Cabrio as well as the even faster 911 Carrera Turbo S.

I started out with the new 911 cabrio as we headed out of Limassol. The first thing you notice on the 911 is that it really sticks to the road allowing you navigate the narrow mountain and costal roads with ease. Switching over to sports mode or sports plus gets the 911 ready for action revving up the rpms to the level where just a touch of the pedal lets you fly past any slow moving vehicles in your path. One great feature of both the 911s are the turning assist of the rear tires that help you take tight turns at slow speeds and in the city as well as keeping you on the road during high speed turns.

One hour in to the tour, we made a quick stop at the Cyprus landmark, Aphrodite’s Rock after making team photos (and some selfies), we switched cars and next up for me was the Panamera S E-Hybrid. The Panamera S E-Hyprid is so quiet that I had to look at the dashboard to realize if the car was on. The driving comfort is immense and I always liked the design of the Panamera. The Panemera also sticks on the road with a slightly softer suspension giving you a bit of a lean during fast turns. The Panamera S E-Hybrid does pack a lot of power, 416 bhp to be exact. 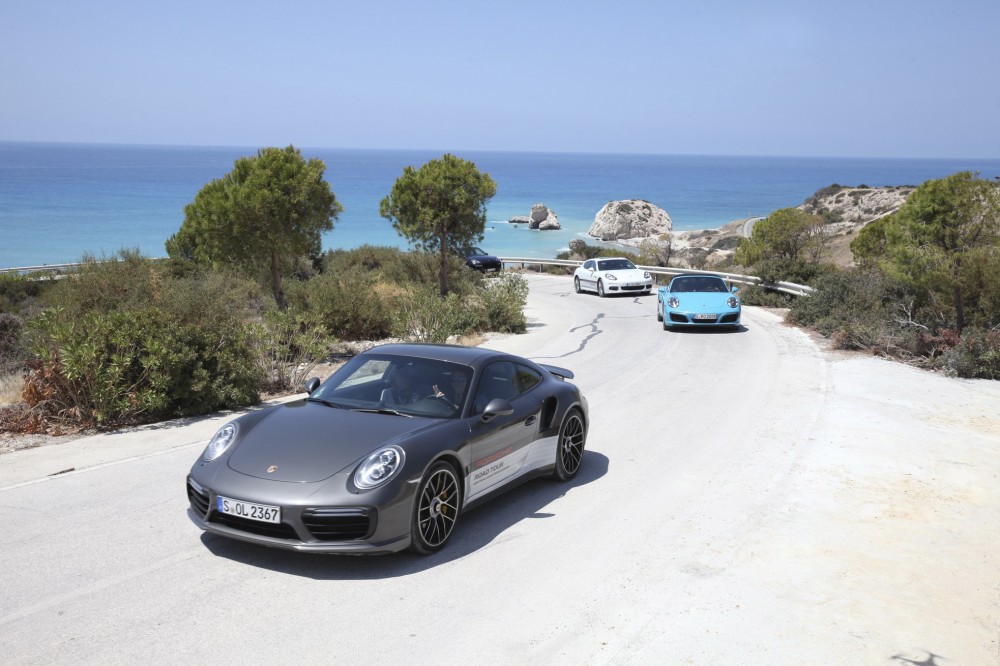 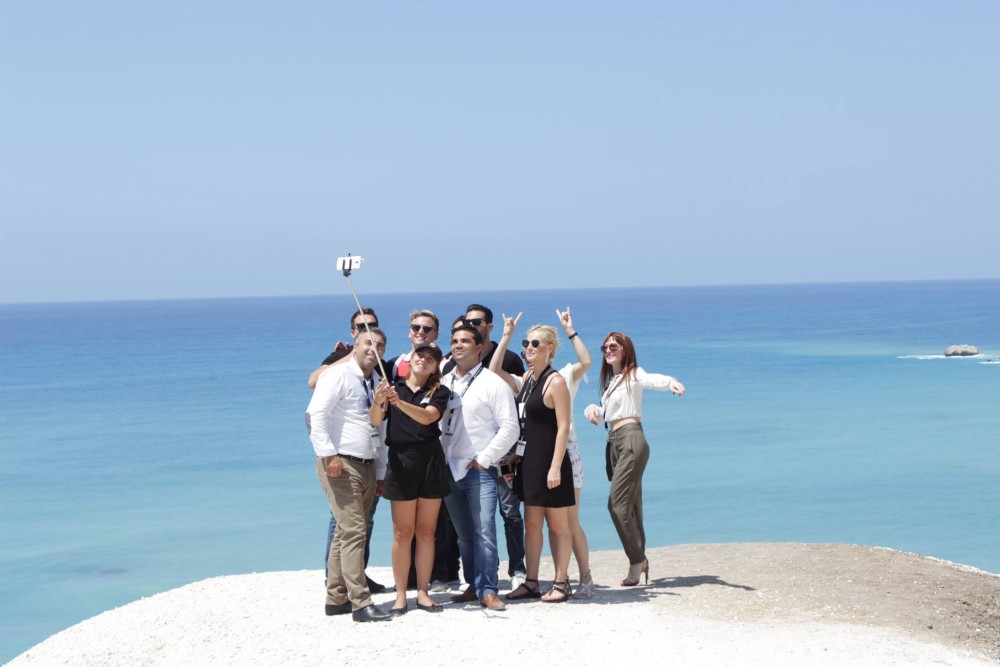 Our second stop took place in the picturesque Omodos village where we enjoyed a traditional lunch at the famous Sti Kou Yianni tavern before heading back down the mountain. For pure driving pleasure the next car up was the most impressive to drive. The new 911 Carrera Turbo S has an acceleration that will press you back in your seat, keep you there and wont let go until you remove your foot of the pedal, the 911 carerra turbo s will catapult you form 0 to 100 in just 2.4 seconds which is an experience hard to describe, yet with the tweaked performance, as a driver you still feel that you have full control through the adrenaline fulled acceleration and drive. Driving back down the mountain roads I had two passengers 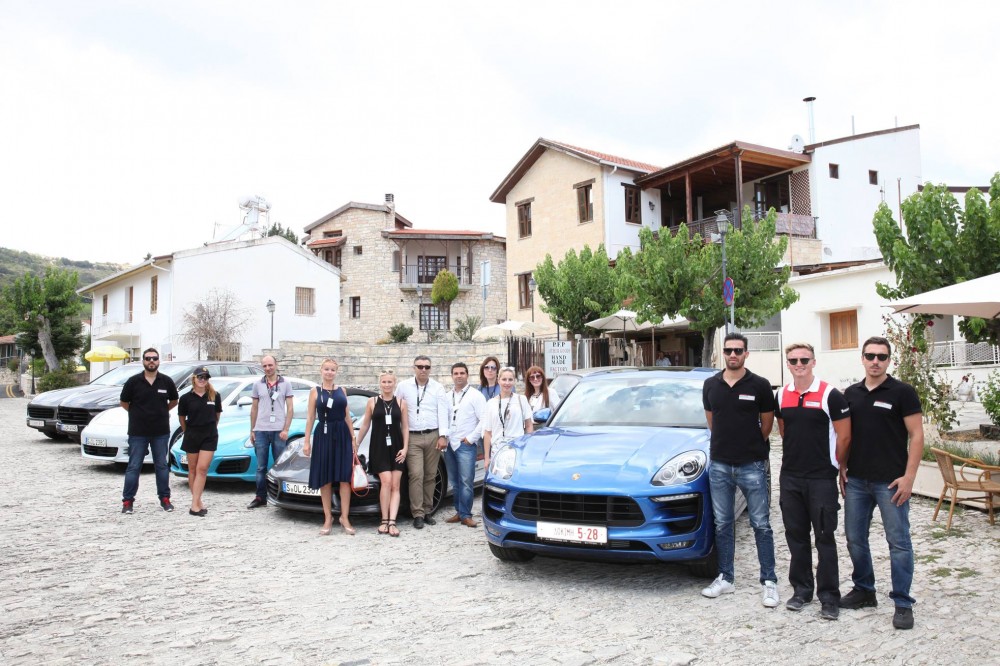 I would like to thank the Porsche team for an unforgettable experience and share the words of Mr. Alkis Iacovides, the CEO of A.I.Motokinisi Ltd, who said, “We are grateful to Porsche for giving us the opportunity to host events such as this”

Mr Iocovides on the start of the tour also said that “The Porsche name needs no special introduction, being recognized worldwide as one of the most prestigious German brands as well as a word synonymous with “complete success”. As proof of the above, one must only look to how other car manufacturers turn to Porsche so that it may design new engines or even entire models.”

Indeed Porsche is synonymous with complete success, in motor racing, Porsche continues to boast the highest number of wins in the most grueling and testing of racing history. The 24 Hours Le Mans, where Porsche currently holds 17 wins.

With the addition of the Turbo S edition and the Cabrio, Porsche now has the complete 911 line-up. The identity of the sporty 911 is intact and maintained perfectly, while at the same time bearing new brush strokes, such as new air-ducts and daytime LED’s. The new 911 bears a “gift” straight from the mighty 918 Spyder in the face of the steering wheel on which the driver can now find the circular “mode selector” lever which allows him or her to select between Normal, Sport, Sport Plus and Individual mode. Another new feature of the 911 is the improved Porsche Communication Management and entertainment system which offers GPS, Wi-Fi and Bluetooth capabilities. The sublime Bose is standard equipment. The Sport Chrono Package is also standard equipment for the Turbo and Turbo S versions, both offering the new Sport Response switch which transforms the car for 20 seconds, positively altering the engine and gearbox response. Both the closed and open versions of the 911 come equipped with the 3.8 liter, double supercharged engine with an output of 580bhp.

Another addition to the fold was the Panamera S E-Hybrid which is the first plug-in hybrid in its category. Porsche states that the S E-Hybrid has a consumption of 3.1 liters per 100 kms with CO levels emitted at only 71 g/km while maintaining great levels of performance. The hybrid power unit under the bonnet of the Panamera S E-Hybrid has a combined output of 416 bhp and 520 Nm of torque, which propel it to 100 kmh from a complete stop in 5,5 seconds. The new plug-in hybrid Panamera sees its nickel batteries replaced by ion lithium batteries which store enough energy for the car to travel on, purely, electrical energy for a total distance of 36 kilometers. In this mode, the car is capable of reaching a top speed of 135 kmh.

The new Porsche Cayenne Turbo S now comes equipped with the 4.8 V8 biturbo engine which produces 570 bhp and 800 Nm of torque. That’s 20 more bhp and 50 more Nm of torque than the version it has replaced. This power unit has turbos fitted on multiple outlets, which improve the output as well as the consumption. From a complete stop, the Porsche Cayenne Turbo S will reach 100 kmh in just 4.1 and has a top speed of 284 kmh. The interior has also received new design touches, with ergonomics and functionality in mind as well as aesthete. Porsche would not have it any different since this is the pinnacle of both design and performance in its category. From the smallest of touches, to the multifunctional steering wheel with paddle shifters that come straight from the 918 Spyder. Among the new systems present here are the PDCC (Porsche Dynamic Chassis Control), PTV Plus (Porsche Torque Vectoring Plus) and PTM (Porsche Traction Management). It should also be mentioned that the Porsche Cayenne Turbo S is officially the fastest SUV to lap  the Nürburgring with a lap-time of 7:59.74 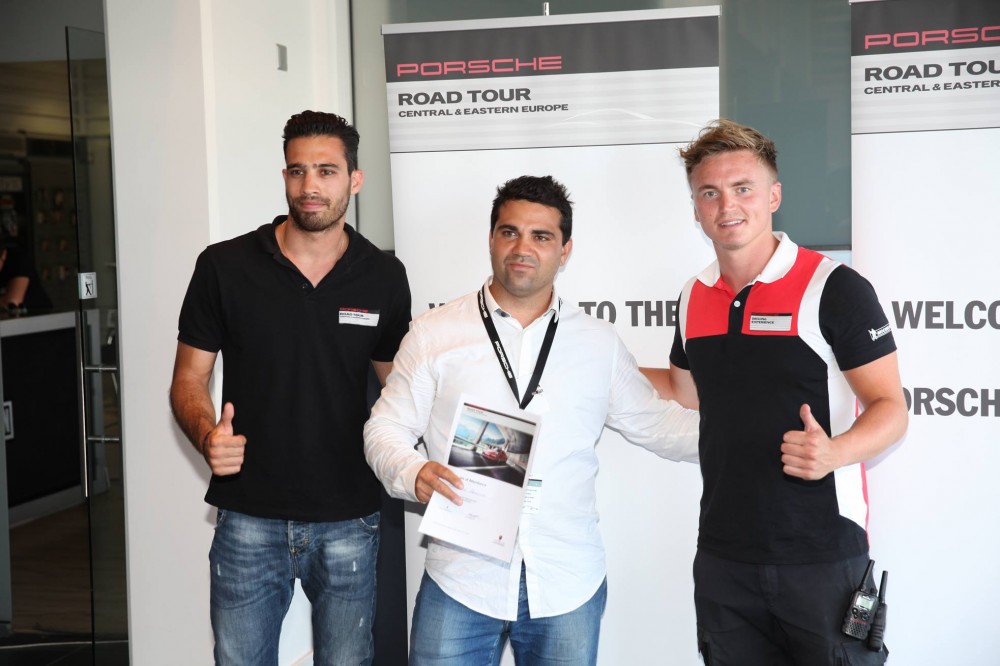 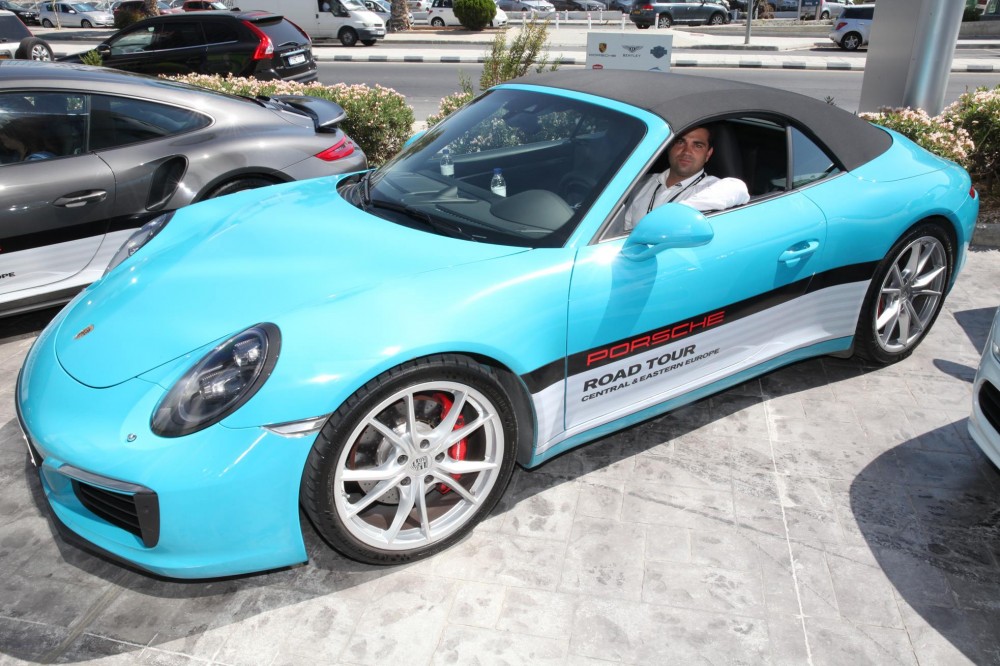