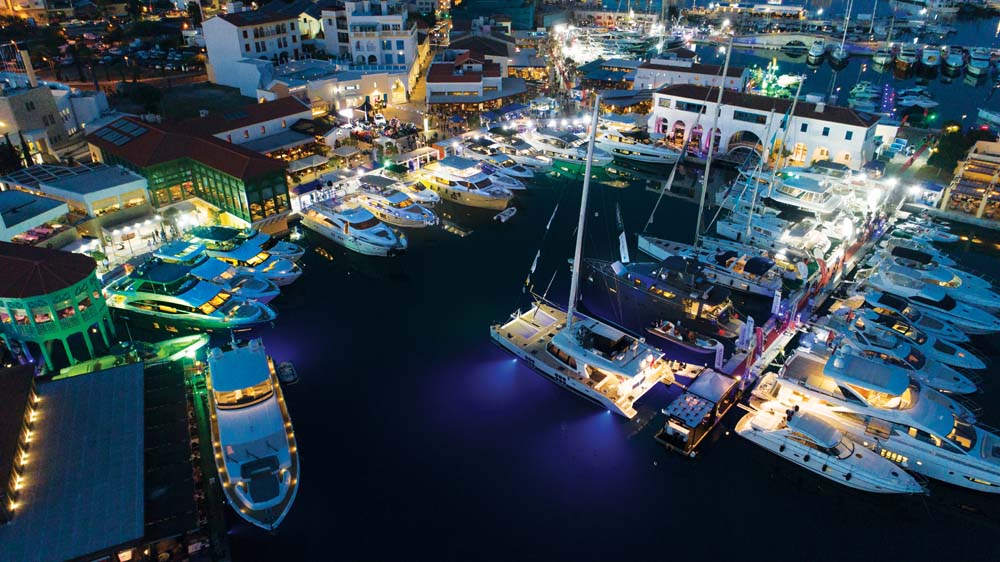 International recognition for the largest boat show of the Eastern Mediterranean

The premier boat show of the Eastern Mediterranean took place from the 9th to the 12th of May 2019 at Limassol Marina, achieving tremendous success and breaking all attendance records with numbers exceeding 35,000 visitors and 120 exhibitors. This must-attend event, which has garnered international attention and praise for its remarkable growth and success, also continues to prove Limassol’s importance as a yachting hub in the Mediterranean.

This year’s Limassol Boat Show showcased numerous debut products and leading services from 120 premier suppliers and exhibitors from Cyprus, Greece, Russia, Israel, Lebanon, Italy, Sweden, Turkey and the UK. These included some of the latest models from major yachting brands, from trailer boats right up to superyachts, which were exhibited both in and out of water throughout the Marina creating a spectacular display for all visitors. This was supported by the latest in recreational fishing and diving products, jet-skis, trailers water-sports, interactive activities, and virtual reality games. During the show, the latest BMW models were also presented, along with an underwater photographic exhibition and a presentation of water related Olympic Games by the Limassol Nautical Club, all of which attracted many visitors, both locally and from abroad.

The 2019 edition of the show was also enriched by the presence of yachts that were showcased for the first time in the Eastern Mediterranean region, ‘stealing the show’ with their eye-catching exterior designs and their beautifully elegant interiors. In addition to these exclusive yachts that captured the interest of all boat show attendees, an inaugural VIP Superyacht Event was added to this year’s programme of events. Bringing together a select number of exhibitors from superyacht brands to luxury products and services, the event was complimented by an exclusive fashion show by renowned Cypriot fashion designer Calia Monoyiou, titled “Variete”, presenting her glamourous clothing lines in front of the exhibiting superyachts.

Following the tremendous success of the event, Mr Aristos Aristidou, Director of Dacor Advertising & Media Ltd, commented: “Limassol Boat Show has become a much-anticipated event that not only managed to achieve its initial objective of making Limassol the yachting hub of the region, but it has also made a major step forward, receiving world-wide recognition thanks to its remarkable commercial success. As confirmed by the exhibitors of this year’s edition, the trade and commercial agreements that were concluded during the 4-

day event, exceeded the total amount of €12 million.” On behalf of Limassol Marina, Mr Nikiforos Pampakas, Commercial and Marketing Manager, stated: “We are delighted to be part of this successful partnership, as the co-organisers of this dynamic event that offers an invaluable networking opportunity to industry professionals. It is undoubtedly the outcome of a collective effort and we are confident that it will further expand and develop in the future”.

During the opening ceremony of the Limassol Boat Show, which took place in the presence of government officials and distinguished guests, it was announced that Limassol Marina has received the prestigious “5 Gold Anchor Platinum Award”, the highest distinction for exceptional marinas across the world, jointly awarded by UK’s The Yacht Harbour Association (TYHA) and Australia’s Marina Industries Association (MIA).

The Limassol Boat Show 2019 was organised by Dacor Advertising and Media Ltd and Limassol Marina. The Gold Sponsor of the boat show was Pilakoutas Group and the Silver Sponsor was Petrolina. The event was also supported by Limassol Municipality, Furuno Cyprus, Photos Photiades Group, Bank of Cyprus, Jotun and Limassol Tourism Development and Promotion Company. The official air carrier of the event was Blue Air, while the VIP Superyacht Event was supported by Cyprus Casino, Petrolina, Pilakoutas Group, Kronenbourg 1664 Blanc, A&W Offshore View Marine Services, Julius Meinl coffee, Classy & Fabulous and the Deputy Ministry of Tourism.

Following successful completion of the Limassol Boat Show for 2019, the organisers and the exhibitors have already started planning next year’s event, which will take place in early May 2020. For more information, please visit the official website of the event at www.limassolboatshow.com or contact Dacor Advertising and Media Ltd at +357 25 577 750 and [email protected].