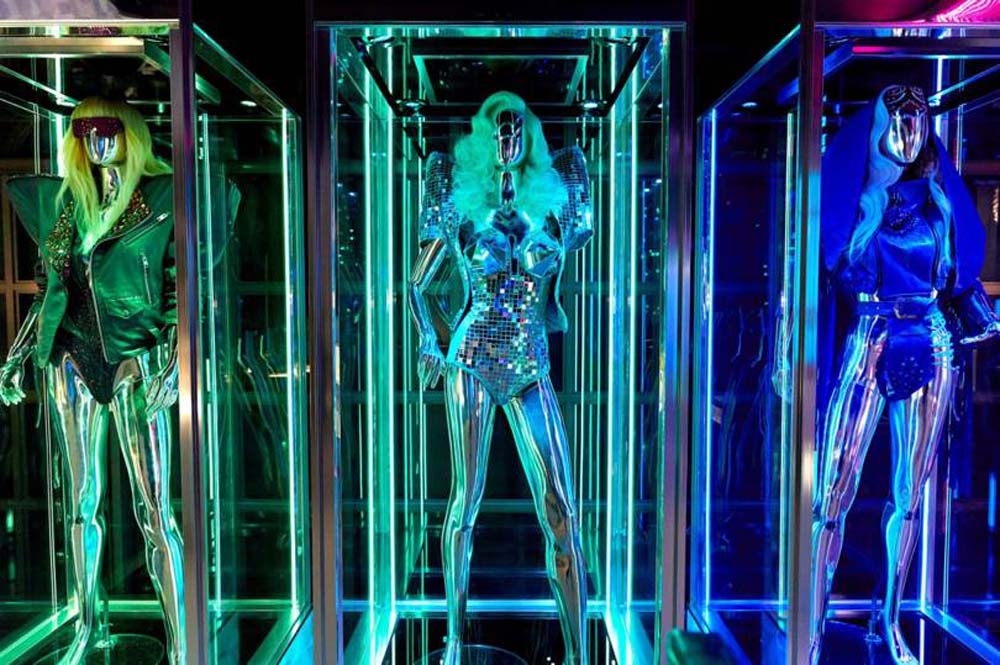 It’s probably hard to find another celebrity boasting such outrages and scandalous costumes. From bra and pantie set to the infamous dress she wore to MTV Video Music Awards 2010 made from sirloin steaks. She appeared on the Red Carpet in elegant gowns from Versace and Valentino in between her somehow shocking fashion choices. while promoting her latest movie alongside with Bradley Cooper – A Star is born – Lady Gaga really turned it down and prefer more Hollywood style attires. But then Met Gala came along and Gaga brought it all back by wearing not 1 or 2, but 4 outfits including her signature bra, hot panties and fishnet stockings paired up with extremely high platform shoes. Opening on May 30 in Las Vegas to match with her residency at the Park MGM, the Haus of Gaga exhibition presents over 40 pieces of clothing and accessories from the artist’s personal archive, including custom Versace bodysuits from her 2017 Superbowl performance, the fake blood-stained ensemble from “Paparazzi” hit performance at the 2009 VMAs, and the sunglasses made out of cigarettes from  the music video for “Telephone.”  The meat dress, which has been preserved, according to the creative head of Haus of Gaga Nicola Formichetti, like “a piece of jerky” will also be on display.